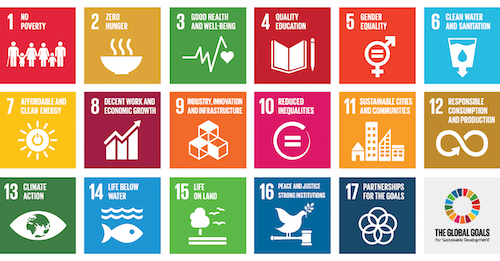 What is the difference between ESG and SDG?

ESG differs from the Sustainable Development Goals (SDGs) in two fundamental respects: ‘operational alignment’ and ‘reporting utility’. The SDGs are a set of political ambitions conceived by the United Nations in 2015.

They are a blueprint for countries to achieve a more sustainable future, including ending poverty and hunger, improving health and education, combating climate change and protecting oceans and forests. There are 17 goals, 169 targets and 231 unique indicators.

The SDGs have been described as a network of targets that are difficult to directly align with company objectives, strategy and responsibilities – restricting their operability at a micro, firm-level. This difficulty can be characterised as an ‘operational gap’.

In short, it is misleading for a food manufacturer to claim that they are contributing to Goal #2 just because they produce food. It is virtually impossible to know the net effect of the company’s production methods on world hunger – there are too many variables between the cause (firm activity) and claimed effect (zero hunger). It may be that the company’s production methods actually increase hunger.

In contrast to the SDGs, ESG is a framework (also developed by the UN) to assess the environmental, social and economic impact and double materiality of individual company activity.

The second difference lies in ‘reporting utility’. Essentially this is the difference in the purpose of SDG and ESG reporting and its subsequent utility to different stakeholder groups. The SDGs are designed to report in aggregate at a global, national and regional (macro) level. In contrast, ESG is designed to report at a (micro) firm-level.

For example, Gross Domestic Product (GDP) measures national output but has little value for company managers and investors. The SDGs are used in some companies’ consumer marketing in much the same way as Organic, Fair-Trade or B Corp marks. But for managers and investors seeking to make decisions on resource allocation for example they are of limited use in determining investment (cause) and likely return (effect).

In summary, ESG differs from the SDGs in operational and reporting terms. Both concepts may be regarded as complementary in that ESG acts as a firm-level bridge to the aggregate macroeconomic ambitions of the SDGs.

Audit My Business
We use cookies on our website to give you the most relevant experience by remembering your preferences and repeat visits. By clicking “Accept All”, you consent to the use of ALL the cookies. However, you may visit "Cookie Settings" to provide a controlled consent.
Cookie SettingsAccept All
Manage consent

This website uses cookies to improve your experience while you navigate through the website. Out of these, the cookies that are categorized as necessary are stored on your browser as they are essential for the working of basic functionalities of the website. We also use third-party cookies that help us analyze and understand how you use this website. These cookies will be stored in your browser only with your consent. You also have the option to opt-out of these cookies. But opting out of some of these cookies may affect your browsing experience.
Necessary Always Enabled
Necessary cookies are absolutely essential for the website to function properly. These cookies ensure basic functionalities and security features of the website, anonymously.
Functional
Functional cookies help to perform certain functionalities like sharing the content of the website on social media platforms, collect feedbacks, and other third-party features.
Performance
Performance cookies are used to understand and analyze the key performance indexes of the website which helps in delivering a better user experience for the visitors.
Analytics
Analytical cookies are used to understand how visitors interact with the website. These cookies help provide information on metrics the number of visitors, bounce rate, traffic source, etc.
Advertisement
Advertisement cookies are used to provide visitors with relevant ads and marketing campaigns. These cookies track visitors across websites and collect information to provide customized ads.
Others
Other uncategorized cookies are those that are being analyzed and have not been classified into a category as yet.
SAVE & ACCEPT